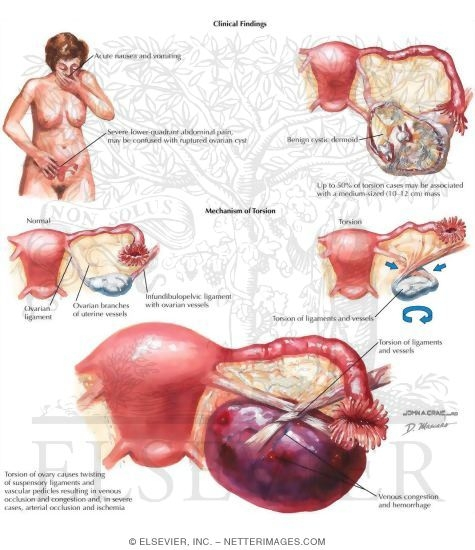 Ovarian cancer accounts for approximately 3 percent of all women's cancer and is the fifth leading cause of cancer-related death among women in the United States. In 2014, it is estimated that nearly 22,000 women will be diagnosed with ovarian cancer in the United States, and approximately 14,000 will die of the disease. Ovarian cancer incidence rates declined by nearly 1 percent annually from 1987 to 2011; mortality rates fell an average of 1.6 percent each year from 2001 to 2010. White women have higher incidence and mortality rates than women of other racial/ethnic groups. To avoid these cancers, it's important to understand them.

Another type of ovarian cancer is ovarian germ cell tumor, which is much less common. It begins in the germ (egg) cells in the ovary. Ovarian low malignant potential tumor (OLMPT) is a type of ovarian disease in which abnormal cells form in the tissue that covers the ovaries. OLMPT rarely becomes cancer.

Cancers of the ovaries, fallopian tubes, and primary peritoneum are the fifth leading cause of cancer death in women in the U.S. These cancers are often found at advanced stages. This is partly because they may not cause early signs or symptoms and there are no good screening tests for them.

This cancer usually occurs in women over age 50 but can affect younger women. It causes more deaths than any other women's cancer of the female reproductive system and is the leading cause of death from gynecologic cancer in the developed world. Its cause is unknown.

Symptoms include:
These symptoms can be caused by many conditions that are not cancer. If they occur persistently for more than a few weeks, report them to your health care professional.

Each time you ovulate, your ovaries are damaged by the egg as it breaks through the surface of the ovary and is released into your reproductive system.

The cells that make up the surface of your ovaries divide and multiply rapidly to repair the damage caused by the egg. It's this rapid cell growth that can occasionally go wrong and result in ovarian cancer.

Anything that stops the process of ovulation can help to minimise your chances of developing ovarian cancer. This includes:
You cannot control some things that put you at risk for ovarian cancer, such as your family history or inheriting gene changes. But you can make some personal choices that lower your risk of cancer and other diseases.

If you are at a very high risk because of your family history, you may want to have gene testing. Women at very high risk because of inherited genes may want to have surgery to remove their ovaries and fallopian tubes. This is usually done between the ages of 35 and 40, or when women are finished having children. Having this surgery greatly reduces a woman's risk for ovarian cancer, but it will cause a woman to start menopause early, which may have other risks.

Researchers are working on therapies that target the way ovarian cancer grows. A process called angiogenesis involves the formation of new blood vessels to feed tumors. A drug called Avastin blocks this process, causing tumors to shrink or stop growing (seen in the illustration here). Avastin is approved for other cancers, but ovarian cancer researchers are still testing this therapy, which can have serious side effects.