What are Subserosal Fibroids? 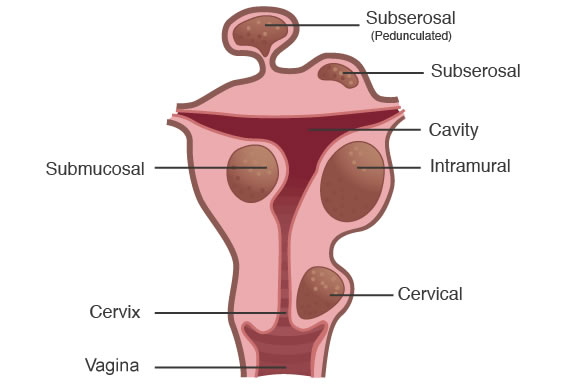 Subserosal uterine fibroids develop on the outer surface of the uterus and continue to grow outwards, giving the uterus a knobby appearance. At times, these fibroids tumors may be connected to the uterus by the means of a long stalk or a stem-like base. Such stalked fibroids are called pedunculated subserosal fibroids. These fibroids are often difficult to distinguish from an ovarian mass.

What are the Symptoms of Subserosal Fibroids?


As subserosal fibroids are located on the outer surface of the uterus, they typically do not affect a woman’s menstrual flow.

In this video, Dr. Vijayavel performed laparascopy on a patient who had fibroids and how he safely removed all of them.

Posted by Administrator at 11:14 AM